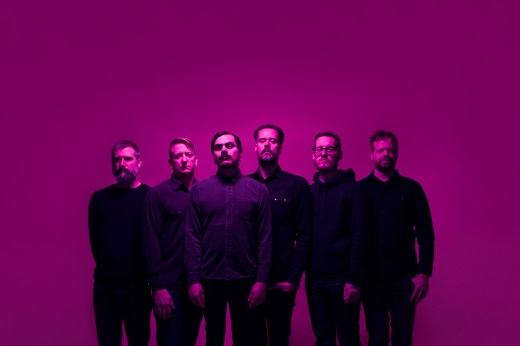 I was thinking of giving myself a week off due to the sheer amount of records forthcoming next month, but a few more records dropped on me lap and I just couldn’t say no to giving them a spin! So here we are, third week in a row with another album rundown. If you’re not completely broke yet or have a few crimbo vouchers lying about, get down to your local record store and check ’em out.

This Leeds based mob have quickly climbed their way up the UKHC ladder over the past five years, thanks to their blistering blend of skate punk, hardcore and grunge. For their second record they’ve only gone and signed to iconic metal label Road Runner and as expected, have risen to the challenge of making a long lasting statement.

The 90’s grunge sound was a big ingredient in the band’s debut record and although there’s still plenty of it here, the main flavour is that of an early 00’s post hardcore vibe. ‘Seamless‘ isn’t just the album opener, it’s also a sure fire pit opener with a heavy ass riff that shares the same sharpness but melodic prowess of early Deftones and Glassjaw. It seems like Higher Power have found a parallel line to those bands, coming from a hardcore background but still being able to deliver big fuck off melodies. This is very much how this album is delivered, it doesn’t forget its routes but confidently pushes forward.

On the hook front, the band work hard to make them stand out, ready to be sung back at shows. I’ve had the choruses of ‘Shedding Skin‘ and ‘Low Season‘ in my head for days now and I like how they can go from full on hardcore intensity to these huge, dreamy melodies that demand to be received with hands firmly in the air. Like all good sophomore records, the band also tread newer territory, with semi-acoustic ballad ‘In The Meantime‘ offering a Smashing Pumpkins inspired slice of reflection later in the track-listing. Higher Power have always seemed keen to evolve in sound, so it’s cool to hear them make strides in their songwriting.

‘7 Miles Underwater‘ is a forward moving hardcore record with a well balanced nod to nostalgia. Early 00’s post hardcore fans are gonna love this while the hardcore kids are still gonna find plenty to rage with!

Beverly based sextet Caspian have become a vital part of the post rock scene since their formation in 2004, a time where the genre was really starting to come into its own. 2020 sees the band break a five year silence on the album release front with album number five. Recorded with producer of the moment Will Yip in Pennsylvania, ‘On Circles‘ sees the band at their most instinctive with an album that gleams with visceral impact.

It’s doesn’t really hold back at all, with Caspian throwing it all in the pot. Lethal Weapon style Saxophones wale through the opening of ‘Wildblood‘, then you’ve got the aptly titled ‘Collapser‘ that caves your head in with a super dramatic, riff-heavy break down. You could argue that this is the band at their most eclectic and it doesn’t stop there. Two tracks feature vocals, a previously unheard texture for this primarily instrumental act. I have to say, this is something that Caspian should definitely think about incorporating more in the future, especially thanks to guitarist Philip Jamieson finding his voice. Pianos Become The Teeth vocalist Kyle Durfey adds his dulcet tones to shimmering post rock piece ‘Nostalgist‘, but it’s Jamieson that steals the show with album closer ‘Circles On Circles‘. This is an acoustically driven track that reminds me of City and Colour’s quieter moments and is heart achingly beautiful, displaying an honest and frankly stunning vocal performance.

‘On Circles’ shows that Caspian can still bring new, worthwhile ideas to the table. It might stray off into standard post rock territory at times but there’s enough experimentation and variation that will keep you engaged. If anything, Caspian have given us a glimpse into a potential diversion to a more vocal driven direction, which is an exciting notion indeed. 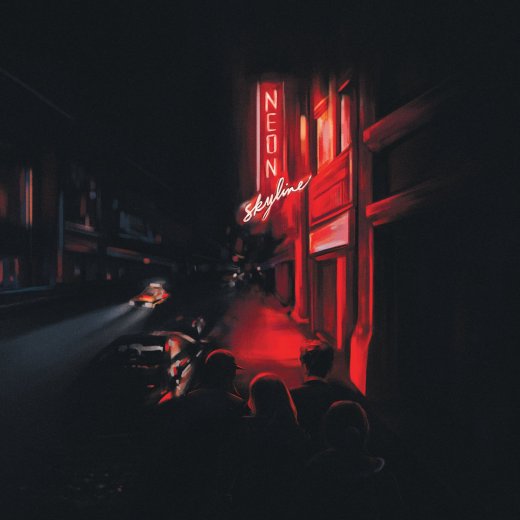 Following on from his critically acclaimed 2016 album ‘The Party‘, Canadian born songwriter Andy Shauf returns with his long awaited sixth LP. What made his previous effort such a hit was its well constructed narrative that followed the events and characters of a night at a house party. Shauf keeps up his brilliant story telling skills as ‘The Neon Skyline‘ tells the tale of a male character as we track his movements and thoughts during a night back in his sleepy hometown.

With the writing process of this piece, a lot of the songs were conceived with Andy sat on the sofa with a guitar in hand. Naturally, these songs feel intimate, often starting stripped back but then ascending into these lovely lounge pop compositions. You get that the character being taken on is of a thoughtful nature, as we walk alongside him and discover his ex is back in town. I’ll let you hear the story unfold for yourself, but I did find myself very suckered in as the character delivers an inner monologue discussing relationships with friends and his ex partner as they frequent local bars, observing other locals.

Even though the narrative is so well crafted and does encourage you to listen in order, the songs individually are well written tales in their own right. ‘Fire Truck‘ revisits old feelings over a peppy groove and ‘Things I Do‘ is a harmony drenched 70’s pop tune that details the breakdown of what was once a loving relationship. Andy has taken his time to write this record and it’s clear to see why as its works both as a collection of superbly written songs and as an engaging, well told story. ‘The Neon Skyline’ solidifies Andy’s reputation as a true songwriting and story telling talent, continuing a hot streak of faultless records.